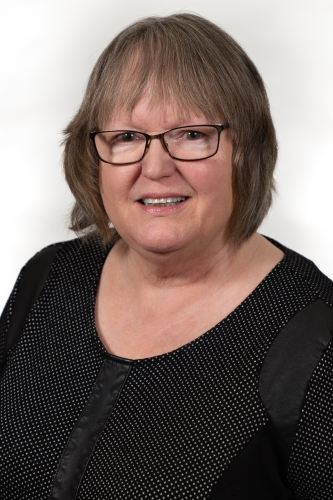 Janet began her real estate career in 1991, becoming a Managing Broker in 1993, while continuing to be an award earning agent. Her career began in the small communities of the Okanagan-Similkameen area. She owned a RE/MAX franchise from 1993 to 1997.  In 2000 she moved to the Comox Valley, and her career developed to representing sellers and buyers of North Vancouver Island properties in Campbell River, Gold River, Tahsis, and the small communities and islands of the North Island.  In 2010, along with her husband, she purchased a brokerage in the North Island, and after 11 years, they decided to achieve their long-term goal of moving to the Victoria area.  Janet is so excited to return to her roots with RE/MAX via RE/MAX Island Properties.

Janet took a short sojourn from real estate sales just before moving to the Island, and attended university in the Okanagan, earning a BA in Politics, Philosophy and Economics, as well as a Diploma in Public Sector Administration from the University of Victoria.  Her ‘university job’ was Managing Broker of an independent real estate office.  Upon moving to the Island, she became a Financial Counselor for members of the Canadian Forces and was also Managing Broker for a Surrey-White Rock real estate office.  In 2006 she took a position as Managing Broker for a large independent real estate brokerage at their Campbell River branch office, before purchasing a brokerage with her husband.

This variety of experiences has given Janet a very diverse real estate background. Her clients range from first-time buyers and downsizers, to commercial properties and leasing, to recreational properties and farms, to property management and investors in all sizes of communities from rural areas, small towns, and larger cities.  Janet has routinely donated to charities such as Easter Seals Kids to Camp, Children’s Miracle Network, and the Aaron Learmont Memorial Fund.  Janet enjoys singing, travelling, and camping.  She is a member of the Vancouver Island Real Estate Board Commercial Division and has been a Director-at-Large of the Vancouver Island Real Estate Board since 2020.

Janet’s philosophy for assisting her clients is to put herself in your shoes, and think about the choices you have, your circumstances and your reasons for buying or selling real estate.  She’ll do her best to help you make the best decision for your situation, with friendly and sincere guidance.

Janet looks forward to continuing to work with clients from the North Island but is also looking forward to working with new clients in the Victoria area.

Please enter your username or email address. You will receive a link to create a new password via email.